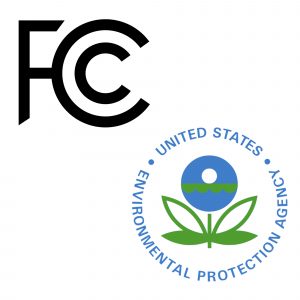 Two recent decisions from federal appeals courts illustrate once again that the courts will extend significant judicial deference to federal agencies that are grappling with controversial and complicated issues subject to their jurisdiction.

The Light Touch of Title I
On October 1, 2019, the U.S. Court of Appeals for the District of Columbia Circuit issued its decision in the case of Mozilla Corporation v. Federal Communications Commission and United States of America. The opinion of the court is very long (over 180 pages) and, as is typical of the DC Circuit, the complex and nuanced administrative law issues resolved by the court are discussed at a very high level. For that reason alone, this case is well worth the attention of administrative law practitioners.

Briefly, this decision involved “net neutrality” regarding the provision of internet services. In 2018, a divided FCC adopted a rule reclassifying broadband internet access service as an “information service” subject only to the “light touch” regulation of Title I of the Communications Act of 1934, as amended, thereby reversing the controversial 2015 rule promulgated by an earlier Commission that subjected these services to more rigid regulation under Title II of the Act. Indeed, all of the decisions of the Commission in this area have been controversial, as internet services have become such a dominant form of telecommunications accessible to millions of people. In this latest decision, the court held that the Commission’s determination was consistent with the Supreme Court’s 2005 ruling in National Cable & Telecommunications Association v. Brand X Internet Services, and that the Commission’s reading of Chevron (see Chevron USA v. NRDC, 467 US 837 (1984)) was consistent with the Supreme Court’s 2019 decision in Kisor v. Wilkie,139 S. Ct. 2400. However, a majority of the court also held that the Commission was mistaken in determining that its new rule also preempted all state laws that could be applied to internet service providers. Senior Judge Williams dissented from this holding of the court, arguing that the Commission’s preemption decision was reasonable and consistent with Supreme Court precedent, properly construed.

A few issues were remanded to the Commission for further consideration (regarding public safety concerns, and pole attachment regulation); it will be interesting to see if the Commission, and indeed any of the many parties to this case, will seek further review by the Supreme Court.

Hazy Challenges Rebuffed from Both Sides
A few days later (October 3, 2019), the U.S. Court of Appeals for the Fifth Circuit decided the case of Sierra Club, et al. v. Environmental Protection Agency, which involves EPA’s administration of the “regional haze program” which is authorized by the Clean Air Act at 42 USC Section 7491—“Visibility Protection for Federal Class 1 Areas.” Both the environmental and industry petitioners challenged EPA’s recent approval of the Louisiana State Implementation Plan (SIP) which addressed regional haze, The environmental petitioners argued that the Louisiana SIP does very little to curb regional haze and that the agency’s approval of this SIP was arbitrary and capricious in view of its many acknowledged technical laws. On the other hand, the industry petitioners contended that one aspect of the SIP overestimated the amount of pollution produced by their powerplants. In another very long opinion (72 pages), the court held, in a unanimous ruling that both petitions must be denied. The arguments made by the industry petitioners failed because, in disputes like this, the courts extend significant deference to expert agencies analyzing highly technical scientific data. With regard to the multiple arguments made by the environmental petitioners—which the court conceded was a closer call—the application of the “deferential standards of the Administrative Procedure Act” required the court to hold that EPA’s approval of the Louisiana Regional Haze SIP provision was not arbitrary and capricious.