On February 5, 2016, the U.S. Court of Appeals for the Eleventh Circuit, in the case of Palmer Ranch Holdings, LTD, et al., v. Commissioner of Internal Revenue, issued a long and complex ruling 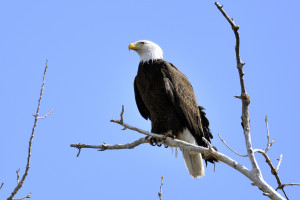 The American Bald Eagle has a nest on a portion of an 82 acre tract located in Sarasota County, FL. That portion also serves as a “wildlife corridor”, and concerns over the presence of the eagle, the corridor and wetlands thwarted the plans of the property owners to sell the land for residential development (apparently large enough to build hundreds of units). To obtain the necessary local permission, in 2006, the owners of the property donated a portion of the land to Sarasota County in the form of a conservation easement, for which they took substantial deductions in their 2006 income tax returns.

The Tax Court ruled in favor of the owners, but reduced the valuation of the conservation easement to $21 million. On appeal, the Eleventh Circuit largely upheld the Tax Court, but remanded the case to the Tax Court for additional explication of its reasoning by which the figure was lowered to $21 million.

The rulings by both the Tax Court and Eleventh Circuit should provide some hope to any landowner who finds their property burdened by environment rulings or findings.