The Environmental Protection Agency (EPA) is required by Section 108 of the Comprehensive Environmental Response, Compensation, and liability Act of 1980, 42 U.S.C. §§ 9601–9675 (CERCLA), to establish financial assurance and responsibility rules for classes of facilities that 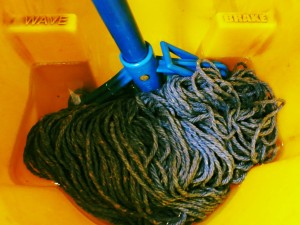 are associated with the production, transportation, treatment, storage or disposal of hazardous substances. Despite the deadlines provided by the law, more than 30 years have passed without any rules or proposed rules being published by EPA.

In May 2015, the District of Columbia Court of Appeals heard oral arguments on a petition for writ of mandamus filed by a number of environmental organizations that, if granted, would force EPA to abide by Section 108. The Court of Appeals ordered EPA to expedite its rulemaking schedule for the first class of industries it has chosen to examine, the hardrock mining industry. EPA was also ordered to prepare a schedule by which it will determine if similar financial responsibility rules should be proposed for the chemical manufacturing, petroleum and coal products, and electric power generation, transmission and distribution industries. At that time, the Court of Appeals also noted that it had not determined whether any of the petitioners for the writ of mandamus had Article III standing. That changed on January 29, 2016.

On January 29, the Court of Appeals, in In re: Idaho Conservation League, et al., issued a ruling which approved a joint motion by the environmental petitioners and EPA for an order on consent to resolve the petition for writ of mandamus and a schedule by which EPA will conduct appropriate rulemaking proceedings in the future. The Court of Appeals also confirmed that the petitioners have Article III standing to pursue these claims. The motions for leave to intervene in these proceedings filed by representatives of the Superfund Settlements Projects, the American Chemistry Council and API were denied.

The Court of Appeals released an Order which provides:

(b) EPA will publish a “determination” in the Federal Register by December 1, 2016 whether it will issue a similar NPRM regarding the chemical industry, the petroleum and coal products manufacturing industry and the electric power industry; and

These deadlines may be extended or modified upon the filing of a joint motion by the parties. If EPA seeks an extension the environmental petitioners oppose, then EPA may file a motion with the court for an extension of time.