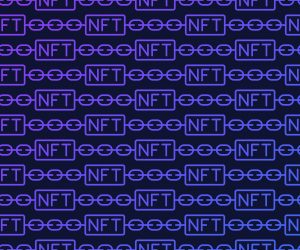 As innovative applications with integrated smart contract functionality emerge from blockchain technology platforms, there is an expanding list of digital currencies, tokens and peer-to-peer financial products and services. Abbreviations abound. There are non-fungible tokens (NFTs), which, unlike fungible cryptocurrencies, are “one-of-a-kind’ digital assets stored on a blockchain platform, and can include images, videos, recordings, collectibles and tangible items in the physical world. There is decentralized finance (DeFi), the peer-to-peer transaction infrastructure for tokens and other software applications and contracts designed to replace traditional banking products and services and streamline transactions. Decentralized applications (dApps) are a relatively new technology similar to traditional web applications from a user perspective, but which run on distributed blockchain platforms, such as Ethereum, rather than on a single computer—dApps are typically open source, allowing software developers to improve features and functions quickly, and free from control by any single authority. Smart contract protocols permit dApps to access the blockchain platform and integrate with cryptocurrencies, NFTs and DeFi projects.

One thing NFTs, DeFi and dApps share—like cryptocurrencies, they lack regulatory oversight and are subject to controversy, hacks and fraud. The appropriate legal treatment of each remains unsettled. Users, owners and investors must accept considerable risk. And yet, in 2021, NFT sales, DeFi projects and new dApps are attracting great interest from buyers and venture capitalists. As reported recently by Erik Sherman in Forbes, “… people [are] buying and selling an estimated 85,787 NFTs—at a total value of $5.8 million—a day…,” and by Paul Vigna in the Wall Street Journal, “Assets deposited as collateral on DeFi platforms …. have grown to more than $100 billion …. A year ago, there were only about $1 billion of DeFi assets on Ethereum.”

NFTs
Storage of an NFT on a blockchain platform provides the owner with built-in authentication through a registry entry that is very difficult to alter or delete. NFTs have practical uses similar to deeds, bills of sale, stock certificates and other documents used to verify ownership. NFTs also permit the sale of fractions of assets, which expands the pool of potential investors. These tokens typically reside on Ethereum, using the ERC-20 smart contract protocol. Other platforms supporting NFTs, such as NEO (China’s Ethereum), Tezos, Flow and Polkadot, offer enhanced features and functions, including better capacity, speed, security and automated governance. Each uses a “proof-of-stake” consensus mechanism to validate new registry entries, rather than the energy hungry “proof-of-work” problem-solving method used by Bitcoin and Ethereum. Bloomberg Green reported that Ethereum will move to proof-of-stake in about 12 months and dramatically reduce energy consumption.

After an NFT is created, an exchange or marketplace for tokens is selected from a growing number of options. Binance, the largest global cryptocurrency exchange, is launching a marketplace to create, buy and sell NFTs. Nifty Gateway is a digital art auction marketplace for NFTs and has a partnership with Sotheby’s. OpenSea is a public marketplace that anyone can participate in to buy rare digital items and collectibles. Foundation is an invitation-only private NFT marketplace for select artists.

An NFT buyer in a marketplace will receive a digital recording on a blockchain ledger verifying ownership of a token representing an asset, which can be transferred to a digital wallet. NFT sellers set the sales price, the maximum number of replicas of the digital asset that can be sold and other terms and conditions. Accordingly, a potential buyer should pay very careful attention to the contractual terms of sale, including intellectual property rights and restrictions on use. A buyer should conduct due diligence to confirm, amongst other things, that: (i) the seller will not be entitled to a royalty payment upon resale; (ii) the ownership of the NFT will be exclusive and clear of restrictions; (iii) the buyer will be able to reproduce the NFT (even if the seller retains the copyright); (iv) there are no other contracts or understandings that require third-party releases or consents prior to the sale; and (v) the smart contract or dApps do not impose hidden fees or risks. A buyer should also be familiar with the laws of the applicable jurisdiction, including recourse, if any, against the seller for false representations or warranties.

NFTs sales can offer significant benefits to the seller. Dapper Labs released NBA Topshot on the Flow platform last year in order to sell NFTs of basketball game highlights. Sales were reportedly in excess of $200 million in February and March of this year but dropped to under $100 million in April. The rock band, Kings of Leon, was the first to announce an NFT album release in March of this year. Along with the digital album download, the $50 token included an album cover, a limited-edition physical vinyl record and the chance to win a “golden ticket” with VIP concert seats. Beeple, an American digital artist, listed a NFT artwork with Christie’s that sold for $69.3 million in March. Taco Bell has auctioned off themed NFTs to raise funds for charity. A 2007 YouTube video “Charlie bit my finger” sold for around $760,000 as an NFT on May 23, 2021.

A 3D-rendered digital model of a home called “Mars House” was recently sold by Krista Kim as a virtual real estate NFT for 288 ether (around $512,000 at the time). Republic Realm is an investment fund that manages virtual real estate developments and is open to a limited number of accredited investors. It operates in Decentraland, the largest role-playing “metaverse” or shared virtual space built on Ethereum. According to Steven Kurutz in the New York Times, the market for virtual real estate and design is also booming this year. The first architectural residence NFT, 862 Fenimore in Larchmont, New York, was listed for auction on OpenSea on April 8, 2021. Coindesk has reported that Michael Arrington, the founder of online newspaper TechCrunch, is selling an apartment that he purchased in 2017 in Ukraine as a tangible real estate NFT.

NFTs are risky and it is too early to judge their performance. Transaction volume has significantly cooled recently. They can be vulnerable to software hacks, “account takeovers” or lost passwords/cryptographic keys. In March of this year, Nifty Gateway announced that a number of users experienced “account takeovers” by a hacker stealing passwords. Many NFT buyers do not appreciate the risks of a security breach and the lack of traditional enforcement options.

DeFi Projects
DeFi projects consist of software stacks, including: (i) a blockchain platform, with digital currencies and tokens; (ii) a protocol layer, with technical standards and smart contracts that replace middle-men; (iii) an exchange layer, with “dApps”; and (iv) an aggregation layer, where banking products and services are offered via a drop-down menu, including lending and borrowing, savings, derivatives, margin trading, yield aggregators, currency trading, identity tools, insurance, payment solutions, prediction markets and analytics. DeFi projects offer yields on digital assets that are far higher than conventional options. A popular use for these applications is speculation on digital coins, where a user provides cryptocurrency as collateral for buying another cryptocurrency. For instance, $110 of Bitcoin could be provided in return for $100 of a “stablecoin” linked to the U.S. dollar or a commodity (to reduce volatility), in order to speculate further. Smart contracts and dApps are programmed to liquidate the collateral if the price drops too far, without human intervention. According to Miles Kruppa in the Financial Times, the Uniswap exchange, which permits exchanges of cryptocurrencies using dApps, has turned a $12.8 million investment by its venture capitalists into a stake worth roughly $5 billion after all of the tokens have been issued. At the time of seed funding around three years ago, the venture capitalists reportedly received rights to an 18% share of the pool of tokens to be issued to reward traders for using the exchange. Uniswap is now one of the largest cryptocurrency exchanges by daily trading volume. It is decentralized and runs open-source software, unlike the Coinbase and Binance exchanges that are run by centralized companies. Changes to the Uniswap protocol and exchange layers are voted on by owners of its governance tokens (UNI) and then implemented by software developers.

Other DeFi developments include:

In Forbes, Shama Hyder noted that “[DeFi] projects often have an overwhelming amount of interest from various investors and groups,” which “is a far cry from traditional [venture projects] where founders compete for the attention of investors.” Leading VC investors in DeFi projects and dApps include Fabric Ventures in London, PetRock Capital in Singapore, Cryptomeria Capital in China, DeFi Capital in the Netherlands, Castle Island Ventures in Cambridge, Massachusetts and Blockchain Capital in San Francisco.

Some venture capital firms, however, have avoided DeFi investments due to concerns about how they will be treated by regulators. Comparisons are drawn between DeFis and the initial coin offering (ICO) market four years ago, which collapsed following guidance and intervention by the U.S. Securities and Exchange Commission (SEC). A recent speech to the Asset Management Derivatives Forum by Commodity Futures Trading Commission (CFTC) Commissioner Dan Berkowitz illustrates that those concerns are well-founded.

“DeFi markets, platforms or websites are not registered as DCMs [designated contract markets] or SEFs [swap execution facilities]. The CEA [Commodity Exchange Act] does not contain any exception from registration for digital currencies, blockchains or smart contracts. There is no intermediary to monitor markets for fraud and manipulation, prevent money-laundering, safeguard deposited funds, ensure counter party performance or make customers whole when processes fail …. let the buyer beware.”

Of note, however, is the development of security token offerings (STOs) regulated by the SEC and similar authorities in other countries, which are now recognized as a more secure investment alternative to ICOs but still deliver significant efficiencies and cost savings. “Bad guys are always going to follow the money,” said J. Christopher Giancarlo, a former chairman of the CFTC who is now on the board of crypto startup BlockFi. “As the industry matures and surveillance tools get better, hopefully the cops will catch up.”

DeFi is an immature and risky market, and it can be very difficult to determine which platforms are reliable. Smart contracts and dApps are criticized for being too difficult for the average user to understand, and many new dApps struggle to attract and retain users. DeFi platforms are attractive to hackers. It has been reported by CipherTrace that DeFi fraudsters stole around $83 million in the first four months of this year, a very significant increase over 2020.

NFTs, DeFi Projects, dApps and Real Estate
Global real estate is the largest asset class that could be “tokenized” using NFTs on blockchain ledgers. Unlike NFTs for art, music and collectibles where value is difficult to ascertain because it is based on what someone is willing to pay, the value of NFTs for real estate assets would be based on more fundamental economic indicators that are subject to much less volatility. Even an immature blockchain ledger verifying title to real property would arguably be better than many of the traditional paper-intensive land registries today. The Republic of Georgia, for instance, currently uses a blockchain land registry for sales, mortgages and leases to reduce fraud and establish trust.

DeFi projects and dApps could transform the real estate finance system, just like the broader traditional financial system, by developing more efficient and transparent peer-to-peer real estate related products, services and transactions, without the heavy involvement of title companies, banks, brokers, attorneys and other intermediaries. As the real estate industry is well-established with institutional barriers and legacy technology and legal infrastructures, traditional stakeholders and insiders will resist change, especially for the adoption of controversial new applications. However, this rapidly evolving technology and should not be discounted too quickly. The appeal of secure peer-to-peer real estate transactions will not disappear, and the blockchain technology solutions and offerings will grow and improve.