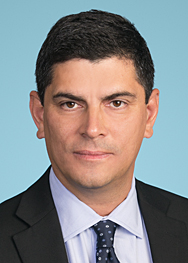 Since the California Mechanic’s Lien Law was established more than 100 years ago, it has been black-letter law that a contractor or materials supplier has no right to assert a mechanic’s lien against public property. Thus, contractors and material suppliers (and even legal practitioners) have resigned themselves to the notion that the only available remedies on “public projects” are claims against payment bonds and the enforcement of stop notices. Within the last few years, however, the inflexible rule that “you cannot lien public property” has begun to change. In connection with the rise of construction projects arising from public-private collaboration, courts have begun to allow claimants to assert liens against private interests in publicly-owned property.

In the 2010 South Bay Expressway case, a bankruptcy court considered whether a general contractor that built a publicly-owned toll road could pursue a mechanic’s lien against a private developer’s leasehold interest in that public road. The California Department of Transportation had entered into a long-term lease with the developer, whereby the developer would construct the toll road and thereafter collect tolls and operate the public road. The court held that, as long as the lien claimant sought only to encumber and foreclose upon the developer’s leasehold interest, the lien was valid.

This recent legal development offers new hope to contractors that are not paid on “public projects.” In the wake of the South Bay Expressway decision, claimants are successfully recording and foreclosing upon mechanic’s liens on a variety of projects built on public land. For example, we’ve seen liens successfully asserted against, among other interests, a concessionaire’s leasehold interest in concession space at a public airport and a solar company’s long-term rights to operate a solar facility and sell electrical power to a municipality. In many such cases, absent the ability to enforce their lien rights, the contractors would have had no ability to enforce their rights to payment.

The bottom-line is this: a contractor should no longer assume that it has no lien rights simply because its work was completed on public property.