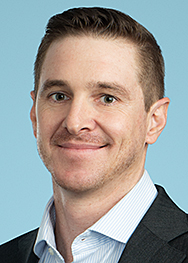 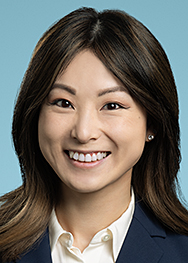 Clean hydrogen has the potential to play a significant role in the energy transition by serving as a carbon-free form of energy storage and heat production. In real estate, hydrogen could provide heating, replace or supplement natural gas in many applications, or store excess rooftop solar power. The United Kingdom, United States and Japan are all homes to pilot projects attempting to scale out hydrogen for use in communities.

As we have discussed previously, many cities have recently passed ordinances banning the inclusion of natural gas infrastructure in new commercial and residential buildings. These bans can create headaches for real estate developers and inject uncertainty into development plans.

Real estate developers are divided on the impacts and costs of natural gas bans. Some developers adopted electric-only approaches before the natural gas bans were passed and view electrification as the best approach despite its imperfections. These developers believe that while green hydrogen may be one path toward net zero, it is better to focus on proven solutions (electrification), rather than delay while waiting on future solutions, such as wide-scale use of clean hydrogen.

Other developers working toward net zero view gas bans as unnecessary restrictions on their ability to make long-term green infrastructure choices. The U.S. electrical grid is not yet able to fulfill electricity demand through renewables alone and cannot yet meet the energy demand of 100% electrification. Should the grid fail, as the Texas ERCOT grid did in 2021, building operators, users and residents who are not on the natural gas network could be left without heat. Rather than rely on 100% electrification, these developers believe it is better to use natural gas now, with a longer-term plan to transition to carbon-free alternative fuel sources, like hydrogen, once those sources are more readily available.

In addition to their impact on development plans, while municipal gas bans are intended to combat climate change, they may actually impede adoption of clean hydrogen. Gas bans may inhibit growth of a near-term clean hydrogen market and make it harder for real estate developers to eventually transition to hydrogen.

One potential near-term market is the blending of clean hydrogen into natural gas, which some natural gas companies are already exploring. In May 2021, for example, Italian gas transport group Snam demonstrated use of a 30% blend of natural gas and hydrogen to power furnaces at an Italian steelworks facility. Similarly, in January 2022, Enbridge Gas announced operations of a hydrogen blending project in Ontario, Canada. In Long Island, just six miles north of New York City (where a local gas ban was just passed), National Grid and the Town of Hempstead collaborated to launch the HyGrid Project, a revolutionary program that seeks to blend green hydrogen in existing natural gas pipelines to heat approximately 800 homes and fuel 10 municipal vehicles. Similar hydrogen-blending projects are being rolled out in California and Colorado.

Gas infrastructure also plays a role in long-term plans for the hydrogen transition. The goal for many gas companies, industries and real estate developers is to eventually transition existing natural gas infrastructure, to the extent possible, to either 100% hydrogen or to a combination of hydrogen and renewable natural gas. Snam, for instance, has a stated goal of transporting entirely decarbonized gas (hydrogen and biomethane) by 2050. A number of companies are conducting R&D on how to better retrofit existing gas pipelines for alternative fuels. Long term, repurposing existing natural gas infrastructure for hydrogen could help maintain the value of the U.S.’s current pipeline network and avoid the need to develop new hydrogen infrastructure.

In this context, it is easy to see how municipal gas bans might inhibit the hydrogen transition. If cities block real estate developers from including natural gas infrastructure, then they limit the customer base for gas companies that wish to sell natural gas/clean hydrogen blends. This may discourage utilities from constructing new infrastructure that could better accommodate hydrogen and natural gas mixtures, and ultimately limit the development of blending as a near-term hydrogen market.

The bans also make it harder for developers to build with an eye toward a future transition from natural gas to hydrogen and limit the potential development of green infrastructure. In a city without a gas ban, a developer could install hydrogen-compatible natural gas infrastructure, with the plan to transition to blended gas and ultimately 100% clean hydrogen once available. However, if a building does not have existing gas lines in place (such as buildings being built in cities with gas bans), the cost of retrofitting that building to accommodate hydrogen would be more expensive, and perhaps prohibitively so.

In short, municipal gas bans could have negative long-term impacts on hydrogen innovation and the energy transition at large. These bans may restrict efforts to establish a near-term hydrogen market and limit real estate developers’ ability to proactively plan for hydrogen infrastructure.