On July 17, 2013, New York Governor Andrew M. Cuomo announced that the State University of New York’s (SUNY) College of Nanoscale Science and Engineering (CNSE) will revitalize a vacant Kodak cleanroom building in Rochester, “transforming it into a first-of-its-kind CNSE Photovoltaic Manufacturing and Technology Development Facility (CNSE MDF) for crystalline silicon photovoltaics, part of a $100 million initiative that will attract solar energy jobs and companies to the Greater Rochester Area.” This effort will also include the acquisition and relocation to the CNSE MDF of “the assets of Silicon Valley solar company SVTC as part of a $100M initiative that will create over 100 high-tech jobs and positions New York as the national leader in accelerating innovative solar technologies.” 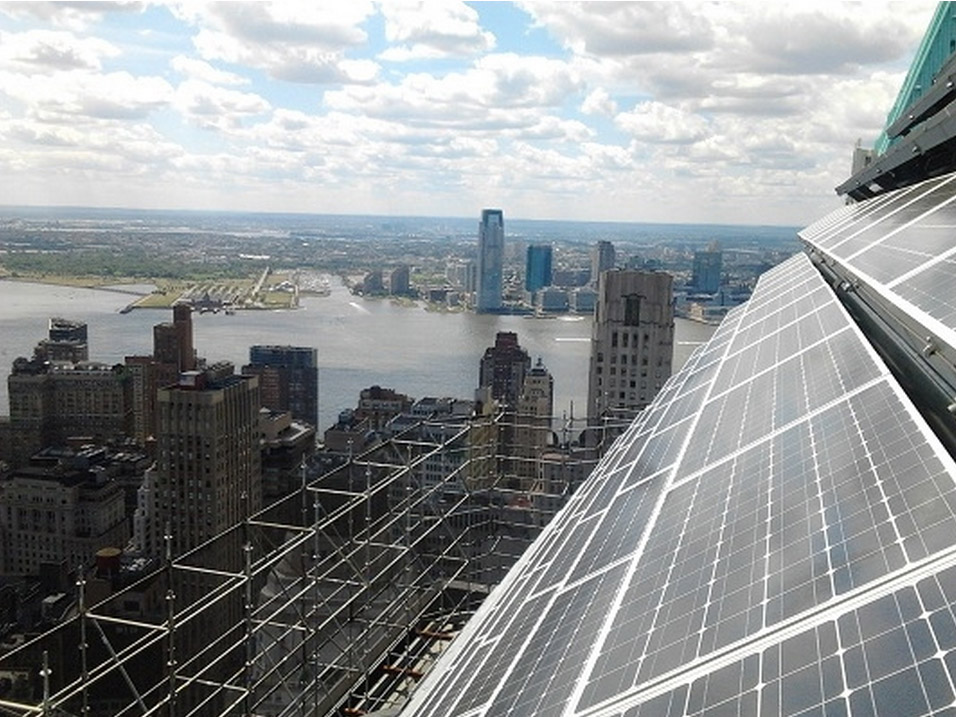 The project is expected to set “a precedent for further investment in this green industry in New York State” and to “attract additional investments from companies around the world and accelerate our development and use of solar energy,” growing New York’s clean energy economy. It is reportedly the “first initiative as part of the project will relocate a critical component of the U.S. Department of Energy’s (DOE) SunShot initiative from California’s Silicon Valley to Upstate New York, positioning New York as the recognized national leader in accelerating the development and use of solar energy nationwide.”

Renovation of the former Kodak’s MEMS inkjet facility is underway to transform the 57,000-square-foot building at 115 Canal Landing Boulevard in the Canal Ponds Business Park. The initiative will include the fitting up of a state-of-the-art, 20,000-square-foot cleanroom. The press release confirms that a late fall opening is anticipated.

As part of the CNSE MDF project, it was reported that “over $19 million in cutting-edge tools and equipment formerly utilized by SVTC, a Silicon Valley-based solar energy company, are being relocated to the CNSE MDF and will constitute the foundation of the manufacturing development line, a result of the acquisition of SVTC’s assets by CNSE.” It further confirmed that the U.S. Department of Energy “is providing nearly $11 million in cash funding to support procurement and installation of high-tech tools and equipment, with investment from private industry partners expected to exceed $65 million to support the development and operation of the CNSE MDF.” In addition, it was reported that, “[t]o support the project, New York State will invest $4.8 million through the New York State Energy Research and Development Authority (NYSERDA).” New York’s investment is to be directed entirely to CNSE with no private company to receive any state funds as part of the initiative.

This is to be the solar industry’s first full-service collaborative facility dedicated to advancing crystalline silicon, or c-Si technologies. The CNSE MDF will provide a range of services and equipment, including complete manufacturing lines, access to individual tools, secure fab space for users’ proprietary tools, and pilot production services in an intellectual property secure environment. It is expected that the CNSE MDF will attract solar industry companies to New York to access a state-of-the-art resource that will dramatically reduce the cost, time, and risk associated with transitioning innovative solar technologies from research to commercial manufacturing of crystalline silicon photovoltaics. It is also expected to play a critical role in the national effort to develop a strong photovoltaic (PV) manufacturing industry, and serve to accelerate the introduction and use of solar energy in homes and businesses across the country. Among other things, it is expected to enable education and training to support the expansion of the highly skilled workforce required by the U.S. PV manufacturing industry.

The establishment of the CNSE MDF for c-Si PV technology is also expected to complement and expand the capabilities and expertise of the national U.S. Photovoltaic Manufacturing Consortium (PVMC), headquartered at CNSE as part of the DOE’s SunShot Initiative. The PVMC is reportedly leading the national effort to reduce the cost of installed solar energy systems from $5 per watt to less than $1 per watt over the next 10 years.

Governor Cuomo’s announcement comes on the heels of his July 9, 2013 announcement that $54 Million will be awarded to fund 79 large-scale solar power projects across the State of New York, adding 64 MWs to the state’s solar capacity.