On December 29, 2105, the Pennsylvania Supreme Court issued a ruling that may be of considerable interest to oil and gas operators in Pennsylvania. In EQT Production Company v. Department of Environmental Protection of the Commonwealth of Pennsylvania, the Court considered the “whether a company threatened by an administrative agency with ongoing, multi-million-dollar 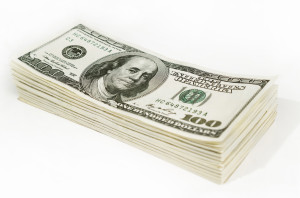 penalties per such agency’s interpretation of a statutory regime has the right, immediately, to seek a judicial declaration that the agency’s interpretation is erroneous.” Answering the question in the affirmative, the Court held that “the impact of the Department’s threat of multi-million dollar assessments against EPC was sufficiently direct, immediate, and substantial to create a case or controversy justifying pre-enforcement judicial review via a declaratory judgment proceeding, and that exhaustion of administrative remedies relative to the issues of statutory interpretation that the company has presented was unnecessary.”  The Court also confirmed that very large civil penalty assessments may be subject to pre-enforcement judicial review in Pennsylvania state courts and that the Pennsylvania Environmental Hearing Board (PEHB) may not have exclusive jurisdiction to review these proposed penalties.

EPC conducts natural gas hydraulic fracturing operations in Pennsylvania and, in May 2012, it notified the Department that it had discovered leaks in one of its subsurface impoundments that contained contaminated wastewater. It then cleaned the site of impaired water and sludge and began a “formal cleanup process” under Pennsylvania Act 2.

In May 2014, the Department notified EPC that it was proposing a civil penalty of nearly $1.3 million, an amount which included assessments for ongoing violations of the Clean Streams Act, and that each day in which the contaminants remain in the subsurface soil and passively enter groundwater constitutes a violation, “implicating serial, aggregating penalties.” In response, EPC argued that its invocation of the Pennsylvania Act 2 voluntary cleanup program limited its exposure to the time period in which actual discharges were occurring, which ended in June 2012. EPC then sought relief in the Commonwealth Court to obtain a definitive ruling on the scope of its exposure premised on its conclusion that it lacked any viable administrative remedy to have these issues decided promptly. The Department argued that EPC’s exclusive remedy lay with the PEHB and filed a complaint for civil penalties with the PEHB, now seeking over $4 million in penalties and a $10,000 per day penalty. EPC’s resort to the Commonwealth Court was unavailing, which agreed that the PEHB had exclusive authority to determine appropriate penalties under the Clean Streams Act (CSA).

EPC then filed an appeal to the Pennsylvania Supreme Court, arguing that the Department ’s continuing-violation interpretation imposes on EPC ongoing, indefinite civil penalty liability based on the mere presence of contaminants in the waters of the Commonwealth of Pennsylvania and forces EPC to continue to spend significant additionally money well beyond what is required under Pennsylvania Act 2 or face massive civil penalties for an indefinite period of time. The Court agreed with EPC that the Department ’s determination that the CSA permitted the use of a continuing violation approach was fit for pre-enforcement review.

The Court noted that both EPC and the amicus briefs filed on its behalf argued that this case was analogous to the 2012 U.S. Supreme Court ruling in Sackett v. EPA, which held that an EPA administrative compliance order was subject to pre-enforcement review in the federal courts in view of the onerous adverse consequences imposed by the Clean Water Act if a prolonged administrative review process could not be interrupted to permit a review of the legal basis of the EPA’s action.