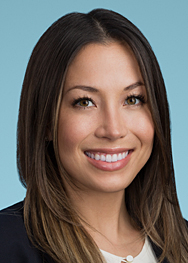 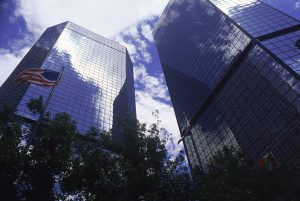 At the end of July 2021, a bill was introduced in the House and Senate, which, if enacted, would create a federal tax credit to fund the conversion of unused office buildings into residential, commercial, or mixed-use properties. The Revitalizing Downtowns Act (S. 2511), which is modeled after the federal historic rehabilitation tax credit, would provide a federal tax credit equal to 20 percent of “qualified conversion expenditures” with respect to a “qualified converted building.”

A “qualified converted building” means any building that (i) was nonresidential real property for lease to office tenants, (ii) has been “substantially converted” from an office use to a residential, retail, or other commercial use, (iii) in the case of conversion to residential units, is subject to a state or local affordable housing agreement or has at least 20 percent of the units rent restricted and set aside for tenants whose income is 80 percent or less of area median gross income, (iv) was initially placed in service at least 25 years before the beginning of conversion, and (v) may be depreciated or amortized.

In general, “qualified conversion expenditures” include capitalized and depreciable costs, but exclude (i) any expenditures not depreciated on a straight line basis, (ii) the costs of acquiring or enlarging an existing building, (iii) expenditures allocable to certain tax-exempt use property, (iv) certain tenant expenditures, and (v) expenditures for which a federal low-income housing tax credit or a federal historic rehabilitation tax credit is allowed (i.e., no double credits).

A building will be “substantially converted” if the qualified conversion expenditures incurred during a selected 24-month period exceed the greater of $15,000 or the adjusted basis of the building on the beginning date of such period (or if later, the acquisition date).

The proposed Revitalizing Downtowns Act comes at a time where the demand for conventional office space is at record lows. Even prior to the onset of the COVID-19 pandemic, many companies were experimenting with “hoteling,” which gave employees more flexibility to work remotely and decreased permanent office space demands. In the wake of the pandemic shutdown, traditional offices across the country have become a ghost town, with telecommuting becoming the standard practice for many office workers. Although offices have started to reopen, many companies have had to reevaluate their “new normal,” as employees demand continued flexible work environments. As a result, office vacancy rates are expected to continue to climb to almost 20 percent by 2022.

Because converting office space into residential or mixed-use developments can be quite expensive, developers and property owners have remained reluctant to engage in conversion efforts. As a result, office buildings continue to remain vacant, leaving many central business districts deserted. If enacted, the Revitalizing Downtowns Act will provide a much-needed financial incentive for developers by allowing them to attract tax credit investors to help offset a portion of the high price tag on costs associated with a conversion which, in turn, will ultimately expand affordable housing opportunities and revive city centers.

In support of the bill, David Downey, the president and CEO of the International Downtown Association and member of the Revitalize Our Cities Coalition states that “[w]hile the economics of conversions is challenging and requires significant private investment, supportive tax policy can create incentives and makes it financially feasible.”

We will continue to monitor this bill and provide updates as they become available.