On October 17, the U.S. District Court for the Northern District of West Virginia 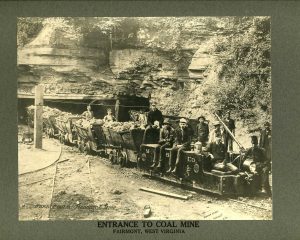 granted summary judgment to Murray Energy Corporation, which sued the Environmental Protection Agency (EPA) seeking declaratory and injunctive relief against EPA because it has persistently failed to perform a nondiscretionary duty under Section 321(a) of the Clean Air Act (CAA) (42 U.S.C. § 7621(a)), to “conduct continuing evaluations of potential loss or shifts of employment which may result from the administration or enforcement” of the CAA with regard to the effect EPA’s actions are having on the coal industry and “the hundreds of thousands of people it directly or indirectly employs.” The case is Murray Energy Corporation, et al., v. McCarthy.

EPA also filed a motion for summary judgment arguing that Section 321(a) does not impose a nondiscretionary duty on EPA to conduct these evaluations of employment losses, that the plaintiffs do not have standing to maintain this action and that EPA, in any event, was complying with the law with the studies it has performed. The District Court denied EPA’s motion.

Following a review and analysis of Section 321(a) and its legislative history, the District Court concluded that:

(a) Section 321(a) imposes a mandatory duty on EPA to make these studies;

(b) that the plaintiffs had standing to maintain these claims, and

(c) EPA has failed or refused to conduct the types of studies the law requires.

The District Court notes that , over time, the Congress has amended the Clean Water Act, the Toxic Substances Control Act, the Solid Waste Disposal Act (or RCRA), and CERCLA to require that such studies be made and information generated by EPA on the effects of its rules and regulations. Indeed, beginning in 1972, EPA has developed and employed a system for tracking employment losses and other economic dislocations caused by federal, state and local pollution control regulations. However, EPA discontinued these studies at some time in the past. The few studies EPA proffered as proof of its adherence to Section 321(a) “do not constitute performance of the evaluations required” by the law.

The District Court ordered EPA promptly to develop and submit to the District Court a plan by which it will comply with Section 321(a), and the plaintiffs will then have an opportunity to comment on these plans.